If you’ve been following me, or other youth workers on Twitter and Facebook, then you will know that there has been a funding crisis over the past several months in the sector.  This crisis started when the former Education Minister Peter Weir, failed to extend funding known as ‘Extended Provision’ into another financial year.  There are all sorts of technical reasons for this which he explained at his final meeting with the Education Committee at Stormont – but in a nutshell, he did not instruct the Education Authority to extend the funds, and they issued letters telling organisations to put their staff on protective notice.

This was back in December, and despite a vocal and lively campaign, and support from right across the political spectrum the issue remains – ONE DAY before the end of the financial year.  There are over 100 posts involved in this decision, and several local youth centres will have to close their doors if the funding isn’t extended.  PLEASE LISTEN to these youth workers explain the kinds of pressures they are under. 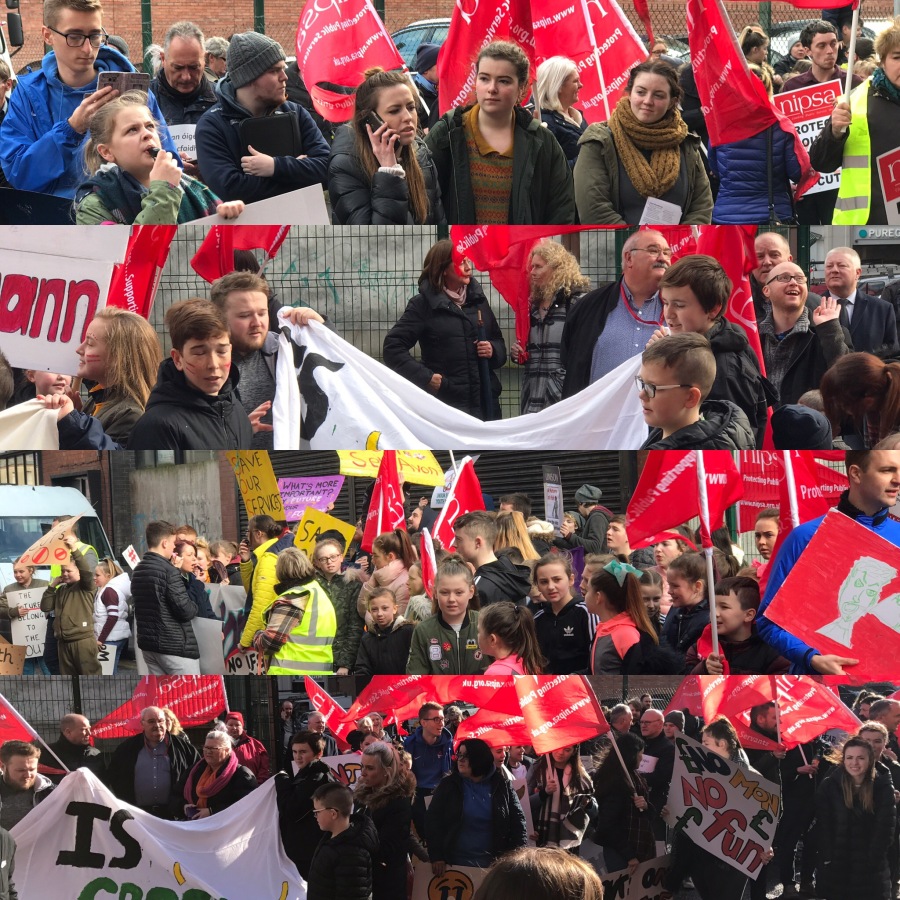 In some senses, this isn’t a new crisis.  Public Achievement received funding from this source in the past, and at best it ran from year to year, though also from month-to-month at times.  The resources were aimed at some of the more tricky issues facing young people in our society, and those more affected by tough social realities.  As the former Minister Peter Weir acknowledged, this funding really should have been on a more secure footing.  The issues workers are addressing will take years to turn around.  Short-term funding creates short-term thinking.  Workers leave when they can’t take the pressures of knowing if they can continue to pay their rent or mortgage year on year.

While this issue is caught up the wider political crisis – the collapse of Stormont and the failure to create a new Executive – that timing also makes the issue worse.  The kind of political vacuum we have now is highly dangerous.  Already there are signs that paramilitary groups are using this void to increase their grip on local communities.  Community based youth workers (like Andrea and Keith in the audio clip) are very much at the front-line for many vulnerable young people.  The cost of not having their services is colossal compared to the costs or maintaining them.

Whatever the intentions of those in the Education Authority – who are apparently issuing 11th hour letters of comfort (offering short-term funding) to groups as I write – their inaction to this point is read as contempt.  Contempt for workers who are working in some of the most challenging contexts in our society, and contempt for the young people they work with.  There have to be better ways of supporting this vital work and showing these workers that they and their work are valued.  The Education Authority needs to be held more effectively to account for its actions and inactions.  Without this they can continue to ride roughshod over the rights of youth workers, and the interests of young people.

I have just joined the Board of a new Youth Work Providers Alliance.  I very much hope that my colleagues and I can help to create better communication and mutual respect between the Education Authority and the voluntary youth sector at community level.  We’re not starting from a great place – but without the kind of work that this fund has been supporting, we are sliding back to a grim past that none of us want to return to.